Menu
×
Home › Technology › The Truth About Tethering and Why It May Be Banned Soon! 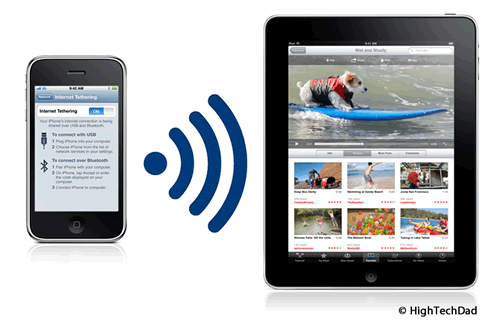 Today’s smartphones all use mobile internet over 3G or 4G. Laptops need an internet connection in order to use the net, but unfortunately unless they come with 3G capability built in they will need a dongle or another way of providing internet for your laptop.

Tethering is the linking together of your phone and a laptop, or another device that needs internet access. It allows you to use your phone essentially like a modem, providing your internet connection in order for you to work. Some phones come ready to use with tethering, but others will need a software app to be installed, and in some cases those apps require that the phone first be rooted.

Tethering can be done using a USB cable or sometimes even bluetooth. But more commonly today, it uses the phone’s WiFi chip to broadcast a network. The signal will never be particularly strong but as long as the phone is close by the laptop or whatever device you are trying to tether, it will work. Frequently the download speeds are slow, giving long waiting times even when trying to load a simple web page, but some networks are better-and any internet connection is often better than nothing.

Tethering is an incredibly useful feature. It means that you can access the internet on your laptop, being able to work far more easily than working on the tiny screen of your smartphone itself. But there are certain cellular service providers who want to see tethering banned, or else limited to particular data plans that they can charge a higher rate for. 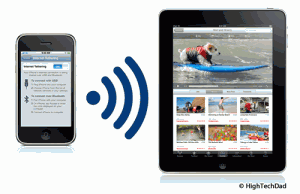 There is no logical reason for trying to charge more, or for banning tether as long as it is not being used on an unlimited data plan. On an unlimited plan there would be the potential for abuse, as a laptop could use a significantly larger amount of data in a short period of time than a smartphone could. Estimated normal data usage on an unlimited plan is decided based on a phone, and not a laptop. In short, if too many people did this, then network congestion could become severe.

However unlimited plans are becoming increasingly rare, and for those people who are already on a metered or limited plan there seems no reason to charge extra for the same amount of data, just because of the convenience of being able to tether. Once the 4G network is more commonly used, tethering will be even more attractive and faster too, but once again is likely to be blocked unless you pay a premium rate for your data plan.

Ultimately, as long as you don’t go over your data allowance, there should be no problem with tethering. As long as your bills are paid on time and in full, your cellular service provider should have no right to tell you how you can use your data allowance. Nor should they charge you more for data used over a tethered connection when compared to data used directly on the phone. The only thing that you as a user can do is make your opinion known by taking your business to a provider who will treat you more fairly.