The Toshiba Thrive is an affordable option for those interested in a powerful Android Tablet. With a good quality resolution, many different storage options and a powerful NVidia Tegra Dual Core processor, this could well be a tablet to rival the most popular Samsung Galaxy and Asus Eee Pad tablets. 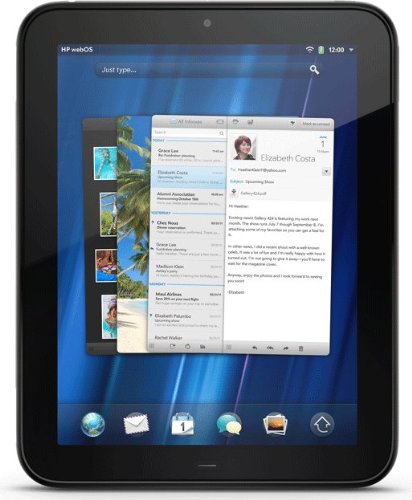 Key Specs For The Toshiba Thrive

What’s Great About The Toshiba Thrive…

Storage Options: There are many different storage options to choose from on the Toshiba Thrive, which is always a good thing. It means you can get exactly what you need, and choose the option that fits your budget the best. Although the general rule should always be to get the maximum storage you can afford (to account for future expansion), going with a lower option will still give you plenty of space for apps. The prices are also comparable to the other most popular Android tablets.

Design: A key feature of the Thrive’s design is the inclusion of a non-slip interchangeable rubber back plate. This means that the tablet is less likely to slip out of your hands while you’re using it (a problem that some iPad users may be able to relate to). It also helps to make it more comfortable to hold for longer periods of time – an important feature for anything that’s designed to be used primarily while held in the hands.

Toshiba also make it easy to personalize the design. The back plate can be replaced with one of six different color options. Although these cost more, they’re a funky addition to a device that helps it to stand out from the standard black tablets available today.

Screen: The HD screen means that your videos will look great on the Thrive. There’s also inbuilt video enhancement to improve the quality of standard-definition content, bringing it more towards what you’re used to from HD. Some effort has been made to help the screen stay readable in sunlight, with automatic adjustment of brightness and color (though no tablet will read that well in bright outdoor sunlight).

HDMI Port: You can take your favorite videos from the Thrive and use the HDMI port to connect them up to a big screen HDTV. This will be a welcome addition if you want the flexibility of watching downloaded content on a higher quality screen.

Camera: The Thrive includes a front-facing and rear-facing camera, like most of its competitors. The latter is an impressive 5-megapixel camera, including the ability to capture HD quality videos, which gives it a strong edge on most of its rivals. Even the 2-megapixel webcam means you’ll be making higher quality video calls than you would with most other competing tablets.

Flash Support: Like most other Android competitors, the Toshiba Thrive supports Flash on websites (whether in games or videos). This gives it the edge over the iPad if you know you tend to watch a lot of Flash videos, though bear in mind that the iPad 2 still has the ability to play videos on YouTube and many of the most popular video sites.

Processor: The Toshiba Thrive makes use of the NVidia Tegra 2 Dual Core processor – the same processor used by the most popular Android tablets on the market today. What this means in real life is that you’ll find multitasking works very well, and that functions generally load quickly. You’ll also have access to a wide range of games that display in great quality on the Thrive’s HD screen.

Accessories: The number of accessories available for the Toshiba Thrive is both a benefit and drawback of choosing this particular device. Toshiba have a very good range of accessories available for the device, including:
* Battery pack – see below for more information.
* Interchangeable colorful back plate.
* Docking station – this adds the ability to display your Thrive in a prominent location, with one or two USB ports depending on the dock you choose.

On the downside, there aren’t nearly as many accessories available for the Thrive as there are for the most popular iPad or Samsung Galaxy Tab, but the number’s growing all the time. This is still one of the most popular tablets around so you can almost be certain that you’ll be able to find the kind of accessory you’re looking for.

SD Card reader: Rather than using a micro-SD card slot, which many rivals have chosen, the Thrive comes with a full sized SD card reader. This is beneficial to users who like to transfer photos, as it’ll be compatible with far more camera memory cards. It also allows you to expand on the base storage size options (perfect for more advanced users with lots of files).

User-Replaceable Battery: This could just sway it for you, as it’s a feature that none of the other high-end tablets currently have on offer. Toshiba have made it as easy as possible for you to replace your own battery. Not only does this mean you can avoid large costs when it comes time to replace the battery (as most tablet batteries will decline with age), it also means that you can purchase a spare battery and have it on hand for emergencies. This is a fantastic addition and one that is very important if you want more control over your device.

Ports: As well as the SD card slot and HDMI port mentioned above, the Toshiba Thrive also includes a USB port and a mini USB port (with extra ports when you use the docking station). This is very useful for adding external USB storage or peripherals.

What’s Not So Great About The Toshiba Thrive…

Battery Life: With an average battery life of 7 hours, the Thrive can’t quite live up to the standards set by the higher-end tablets. If battery life is very important to you (i.e. you’re away from a power source for many hours of the day) then this could turn out to be a major drawback.

Weight: At 1.6 pounds the Toshiba Thrive is by no means heavy. However, it is slightly heavier than the lightest and most portable tablets out there (such as the iPad) and you could just notice that slight difference when you’re holding it for longer periods of time.

No 3G/ 4G Connectivity: The fact that there’s no option for 3G or 4G is a drawback for those who want to connect when they’re away from Wi-Fi, but it’s really not that bad when you look a little deeper. There are dongles available that you can plug into the Thrive’s USB port to help you connect on the go.

The Toshiba Thrive is a solid contender to the Android tablet throne, though it doesn’t quite make the cut with the same design standards as the Samsung Galaxy Tab, for example. Where it does have the edge is on a slightly lower price (for a lower storage option) and the fact that you can replace the battery yourself. This won’t mean anything to some, but for many it’ll make all the difference.