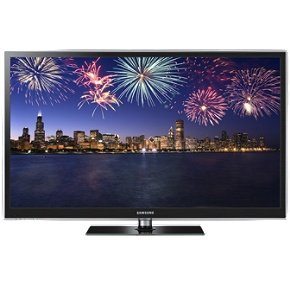 If you’re looking for a sleek-looking 3D TV then the Samsung UN55D6500 could just be the model for you. This massive 55 inch screen is one of the best sellers in the HDTV world in general, but does it live up to expectations?

Display: The picture on the Samsung UN55D6500 is high quality, with excellent colors and a very sharp resolution. The Ultra Clear Panel feature is designed to absorb any light reflections, which are almost inevitable in any home, so that you won’t get glare on the screen. It also helps to improve color vibrancy and contrast.

One traditional problem with LED HDTVs is the fact that motion can look blurry. Thanks to a 120Hz refresh rate, coupled with a good response time, action scenes look good on this screen. This is especially important if you know you’re going to be watching sports or playing games on this television set. Samsung also incorporate technology known as AutoMotionPlus, designed to increase the speed of moving images for a vibrant picture.

Sound: Although the sound on most flat panel TVs will never be as good as when you connect an external surround sound system, the Samsung UN55D6500 does have a very good set of speakers. This is great for those who want something that just works out of the box, without the immediate need to go out and buy extra equipment (at an extra cost!)

Design: This television is extremely thin. At just over an inch thick, it won’t take up too much space in your living room. However, the most impressive design feature of the Samsung UN55D6500 is the fact that it has an ultra-slim bezel. There’s barely any frame between the TV body and the screen itself, so that the high quality picture really is the main focus when watching this TV.

Connectivity: At this price bracket, you’d expect Wi-Fi to be included. This is very useful and will save you money on a separate Wi-Fi adapter.

The Samsung Smart TV feature provides the user with a number of internet apps to use while watching the TV. Apps include Netflix for streaming movies, Hulu for streaming TV shows, YouTube for watching videos, ESPN sports information, Pandora music, and social networking in the form of Facebook or Twitter. It’s certainly a bonus to be able to update your Facebook status during the ad breaks!

Inputs: There are more than enough inputs for modern devices using HDMI, or older connections. This includes 3 USB ports should you want to connect up your camera or MP3 player to transfer multimedia to your TV set.

Webcam: One feature that Samsung heavily advertise is the ability to connect to Skype on a big screen TV. Unfortunately, however, you do have to fork out an extra $100+ on a Samsung Skype camera, as the TV is not compatible with other webcams. This does add to the cost and is something worth bearing in mind if you know you want to use Skype.

Remote: There is no Qwerty keyboard on the remote control, which would have come in handy for using the included internet apps. Aside from this, however, it’s a stylish remote with a nice backlight.

Price: There’s no getting around it, the Samsung UN55D6500 is an expensive television set, even when compared to other 3D TV models. This is the price you will pay for a Samsung set: this manufacturer is highly regarded for quality in the world of 3D TV.

Browser: Although this television has the ability to connect to Wi-Fi networks, there’s no included web browser. This is something that some users will have come to expect from the most expensive TV options. That said, there is a wide range of apps available for the most common internet functions (see above).

Viewing Angle: If you wanted to nitpick, the viewing angle on the Samsung UN55D6500 is slightly less than other televisions in this price range. In real terms, this means you can’t expect the picture to look as good when sitting at side-on angles. That said, the difference is really negligible and it’s unlikely you’ll notice it too much in a traditional living room setting.

There’s no doubt that Samsung are at the forefront in terms of the way they design their televisions. Models such as the Samsung UN55D6500 really do blend into your living room, and produce a good quality picture. This model is also pretty affordable given its range of features – definitely value for money for anyone looking for a big screen HDTV model.