When it comes to digital multimedia streaming devices, Apple TV is probably the most famous option you can buy. Since it was first released a few years ago the price has gone way down, making this an affordable option for just about everybody. But are its limitations enough to make it worthwhile to look at the competition? Keep reading to find out.

Apple TV Specs At A Glance

Price: At around $100, the Apple TV is affordable to just about any consumer. Unlike their tablet, smartphone, or computers, which are known to cost more than many of their competitors, the Apple TV is one of the most affordable devices of its kind.

Design: The price isn’t the only thing to have decreased since the first generation Apple TV: the design has also become a lot more compact, at just a quarter of the original size. The Apple TV isn’t going to clutter up your living room at all – it really is tiny and inconspicuous, and has a very low power usage to match.

Aside from the multimedia box itself, all you get in the box is a power cable and a remote control, making it very easy to get set up and running (though you will need to purchase an HDMI cable separately). The remote itself is made from stylish brushed metal, and certainly takes design inspiration from Apple’s own iPod. It’s easy and intuitive to use to access the various menus. If you prefer, you can also install the remote app on your iPad, iPhone or iPod Touch and use that instead. The only downside of the remote is that it can’t control the volume on the TV.

Connections: Despite the small size of the device, there are connections for external speakers (or you can use your TV’s own speakers), an Ethernet connection if you don’t have Wi-Fi at home and the HDMI slot to connect the box up to your TV.

Airplay: Airplay is a newer feature on the Apple TV that allows you to share your multimedia between a range of different Apple devices in the home. Whatever’s playing on your iPhone or iPad can be wirelessly streamed to your HDTV. You can also use this to view your photos on your TV set. This is an easy to way to transfer content from one device to another without the need for storing them on the hard drive (a good thing, too, since Apple TV doesn’t have one – see below).

User Interface: User interface has always been one of Apple’s strong points, whether on their computers or the iPad. The Apple TV is no different, and the interface is one reason why many people choose Apple TV over the big competitors such as Roku. It’s so easy to use that it’s unlikely you’ll ever need to refer to instructions. Just enter your password to set up the Wi-Fi connection and it’s a breeze to find what you want.

iTunes Content: The above factors are all very well, but the content is the main reason any of us choose to buy a digital media streaming box. The Apple TV has an excellent advantage in the fact that it has direct access to the iTunes Store and the whole library of media that this contains. You can download TV shows and movies, many of them in HD quality, as well as music and podcasts.

One thing to note, however, is that there is a small wait between choosing a movie to watch and playing it on the screen. Because all the content is streamed from the internet, it takes a few minutes to get downloading and ready to watch.

Internet Options: As well as the content from the Apple Store, there are a few built in internet functions to keep you busy. This includes viewing videos on YouTube, listening to online radio stations and viewing photographs on Flickr. Netflix users can also take advantage of direct streaming to their television screen.

Password Input: Although this could be a minor point for many, it’s still worth mentioning. When you enter your iTunes or wireless network password, you have to enter it in front of anyone else in the room. It doesn’t even blank out the letters as you type, which means you have to be careful when entertaining. True, Apple TV can store your password so you don’t have to publicly enter it each time, but this leaves it exposed to being abused (especially if you have kids).

Flash And Web Browser: There’s no Flash on the Apple TV, and this could be a huge turn off for users. Just like on the iPad, iPhone and iPod, Apple have purposely chosen to leave this out. Although the most popular services are available in alternative formats, this is still a limitation – though it’s important to note that there’s actually no web browser included on the Apple TV anyway if you were planning on watching Flash videos on websites.

No Storage: Unlike the previous generation of Apple TV, there’s no internal storage space on the new Apple TV. This means that you can’t store any downloaded files: you can only stream rentals from the iTunes store or included services such as Netflix. To get around this, you can stream media from your PC, but this is a little time consuming. 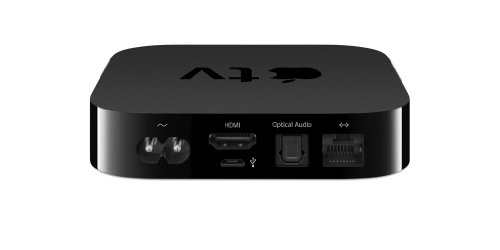 Is Apple TV Worth Buying?

The latest generation of Apple TV looks good and comes in at a fantastic price point. The lack of a hard drive isn’t an issue for most users who will simply use the box to stream content to their TV. Although a few main content services are missing (Hulu Plus, for example), you can’t beat Apple TV if you have a big iTunes library that you want to stream on your TV.