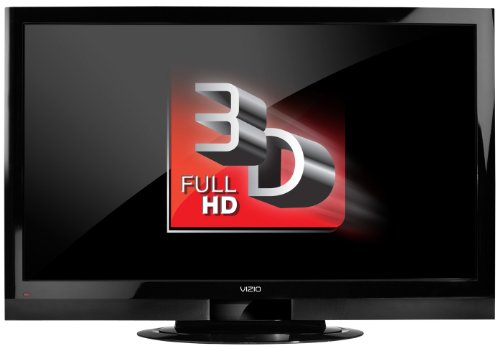 3D TVs are always going to cost more than 2D equivalents, there’s just no way to get around it. That said, the VIZIO XVT3D474SV is one of the most affordable, high quality 3D TVs you can buy. It’s packed with a number of features, including popular VIZIO internet apps. Is this the right 3D TV for you?

Key Features For The VIZIO XVT3D474SV

Benefits Of The VIZIO XVT3D474SV

Price: Although the VIZIO XVT3D474SV may be more expensive than some standard flat panel TVs, it’s actually a very good price for a 3D TV that features 2D to 3D conversion.

Apps: There are a number of apps included with the VIZIO XVT3D474SV. This is excellent for those who want to do more than simply watch TV. Netflix means that you can stream movies at a good resolution, and Pandora means that you can listen to music over the internet. Other apps include the ability to listen to local radio, YouTube, Twitter, Facebook and more.

Set Up: When you connect the TV up to the internet, the set up will guide you through every step you need to take. Most users find that they have this TV set up and ready to view within a few short minutes.

Ease Of Use: The interface makes the VIZIO XVT3D474SV extremely easy to use. Most app icons are self explanatory, meaning it’s quick and easy to end up where you want to be on this TV. It’s easy to access and browse the internet options while watching normal TV: simply press the specific button on the remote and an unobtrusive bar will show them all at the bottom of the screen.

Picture: The fact that this is an LED-backlit LCD screen means that there’s good contrast – better than you’ll find on a number of LCD models. 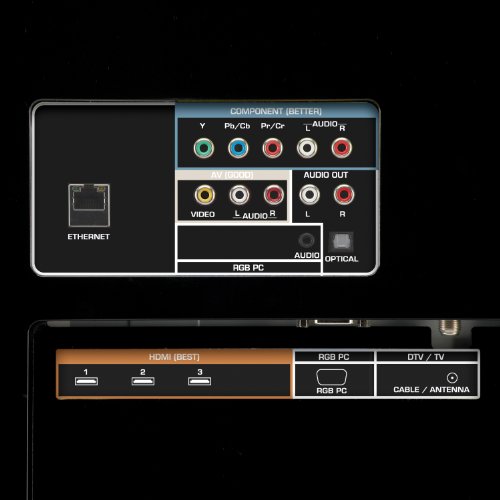 Sound: The fact that the VIZIO XVT3D474SV is a little thicker than some other LED TVs on the market means that there’s more space for a better set of speakers. As such, the sound on this set is more impressive than you’ll find on many other flat screens.

Remote: On first appearances, the remote for the VIZIO XVT3D474SV looks like a standard TV remote. However, slide it out and you’ll see a full Qwerty keyboard. This is perfect for posting Facebook updates or using other internet apps while watching TV.

Accessories: There are a range of Bluetooth accessories available for use with this device. This includes wireless headsets, speakers, glasses and even the remote control.

Inputs: Although some buyers may be disappointed that there’s no memory card slot on this TV, it does have 3 USB ports so that you can connect various media devices to the screen. This is good for viewing photo slideshows, home videos and more. There are also a large number of HDMI ports (5 in total) which makes this TV perfect for anyone who needs to connect a lot of DVD players, cable boxes and games consoles up to their TV.

Drawbacks Of The VIZIO XVT3D474SV

Size: The screen on the VIZIO XVT3D474SV is a little thicker than you’ll find on some other LED TV models, but that’s down to how many LED backlights are included. It’s still thin enough to take up as little space as possible in your living room.

3D Image: Some users have complained that the quality of the 3D image on this set isn’t as good as it could be. There is the issue of ghosting, which is common in 3D TV sets, but it still does the job well enough. Bear in mind that you won’t be watching 3D content the majority of the time on this television set, but it’s still fun when you do.

No 3D Glasses: Unfortunately, this 3D TV doesn’t come with any 3D glasses. This is a drawback since these glasses can be expensive. That said, even models that do come with glasses usually only feature one or two pairs. You’ll probably need more than this for full family viewing. You should also note that individual stores, such as Amazon.com, will often include pairs of 3D glasses as a bonus.

Should You Buy The VIZIO XVT3D474SV?

You can’t fail to notice the price of this feature-packed 3D TV. Although the 3D image isn’t the best you can get, it is jam-packed full of internet features, and has a fatalistic quality 2D image to boot. For the money, most buyers will be happy with this TV set.