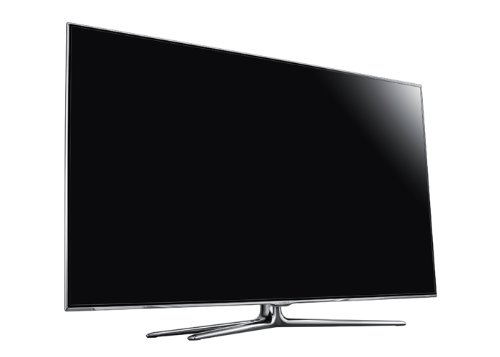 The Samsung UN55D8000 has one main goal in mind: that is to be the most beautifully-designed TV on the market – a television that’ll literally blend into the background when you’re watching it, so that all of the focus stays on the picture. Samsung have made a huge success of this aim, but does the picture quality match the price tag?

Design: The Samsung UN55D8000 features the same stunning design that you’ll find in other Samsung models. These televisions have been designed with as little frame as possible. This means almost all of the screen is utilized in the picture, which makes for an excellent (and unique) viewing effect.

Aside from the brilliant screen, the Samsung UN55D8000 is incredibly thin, and won’t take up too much space in your living room. It comes with a good stand that matches the overall quality of the design. It definitely looks worth the money you pay!

Picture: As with most TVs, there are pros and cons to the picture quality on the Samsung UN55D8000. On the plus side, it has a very good color accuracy and 3D pictures work very well. A high refresh rate helps to address any LED issues with motion blur.

Wi-Fi: The fact that this television has built in Wi-Fi is a benefit to those who want to use their television as a full media centre. Wi-Fi means that you can easily hook your TV up to your home Wi-Fi connection in order to stream music over the internet, or access online video services. It even means you can sync various devices over the Wi-F connection, such as MP3 players, to seamlessly send media to play on your TV.

There are a number of apps included on the Samsung UN55D8000 that make use of this Wi-Fi capability, including a web browser. Other apps include Youtube, Hulu, Netflix, Pandora, Facebook, Skype and more.

This is an excellent addition to any television, and one that you’ll only find on top-of-the range models. Though ask yourself whether it’s really necessary. After all, most of us will be watching TV from the comfort of our own homes where we already have a computer or laptop from which to browse the web.

Accessories: A number of Samsung accessories make the UN55D8000 easy to use. Simply connect the Bluetooth keyboard to benefit from a full set of Qwerty keys, or use the included remote.

Drawbacks Of The Samsung UN55D8000

Price: At over $2,000, the Samsung UN55D8000 doesn’t come cheap (even for a 3D TV). However, it is packed full of a number of features that certainly put it at the top end of available 3D TVs, with a large screen to boot. Many buyers feel that the cost is more than justified for this reason.

3D Glasses: Another factor that really adds on to the price of the Samsung UN55D8000 is the fact that there aren’t any pairs of 3D glasses included in the box. You’ll need to purchase one pair of glasses for each viewer if you’re going to watch 3D content. Thankfully, you can now find 3D glasses available for around $50 a pair.

Picture: As mentioned above, there are plus points to the picture quality of the Samsung UN55D8000. That said, there are some big drawbacks. Number one is uniformity: the quality is not maintained across the whole area of the screen, and you’ll find that the picture around the edges looks distorted.

There’s also a lot of reflection on this glossy screen, so you’ll need to do a little work to ensure you can get your room darker before you view.

Smart Hub: Smart Hub is the feature of the television that lets you download and access the various apps for use over an internet connection (as mentioned above). Although these apps can do a lot, and will come in useful for many people, it’s the way they’re organized that poses a problem.

The Smart Hub section is extremely cluttered and also difficult to organized. Some users have reported issues with hanging, or with downloaded apps disappearing.

There’s no doubt that the Samsung UN55D8000 cannot be beaten in terms of the way it looks and the features it boasts – and you’d expect as much for the price. Unfortunately, however, the picture does let it down. The uniformity just isn’t good enough for a television in this price bracket, and you may find lower-priced televisions can do a better job.