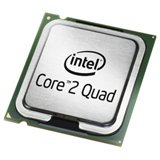 The push to make mobile processors ever faster and more powerful marches ever onwards with NVIDIA’s Kal-el processor. NVIDIA’s latest effort attempts to balance the consumer desire for ever more powerful devices, with the device’s own inbuilt limitations that cannot completely be overcome.

There are limitations when it comes to what a mobile processor can do. Faster, more powerful processors give a faster, smoother and generally more pleasing user experience, however unfortunately the more powerful a chip is, the more power it needs in order to run. This means draining the battery more quickly than lower powered processors would do.

The use of multiple cores in a processor is one possible get around. Using two lower powered cores drains less power than using a single processor that is twice the speed of just one of those cores. However it improves the performance because it gives two completely separate cores for processes to run on, meaning that there is no need to queue the processes. Instead they can run at the same time, alongside each other, so halving the time it takes for them to complete.

Quad core processors will be most efficient in devices that will have four processes running at the same time. This can include those that allow games to be played, or those that continually check email, instant messengers and other processes in the background, whilst a video game or movie is played in the front. It will also prove to be beneficial when it comes to running music or other media whilst creating a document-or any other combination of processes that can be run at the same time.

However it is also possible for software developers to specifically develop the software for the quad cores, essentially by them breaking down the tasks that the software performs into two or more separate streams. When handled this way, the software itself will be faster and more responsive as it will not be constantly waiting for the processor to be freed up in order to run the next task that it has queued.

These processors will be somewhat of an overkill for people who don’t normally run the kinds of software that will require so many processes to be running concurrently. A person who only ever emails, surfs the web, or creates documents on their tablet will find that although a device with a quad core will run faster than one with a single core, it will normally only ever be using one or two cores at a time. In short-they could save money by going for a device with a simpler core.

NVIDIA’s latest processor is five times more powerful than the previous chipset. It is designed primarily for the tablet market, whose devices generally have better and hence longer lasting batteries. However, it goes to show just what the future may have in store for even the most average of smartphones, and may be a huge step forward for netbooks, which currently run very light weight processors.