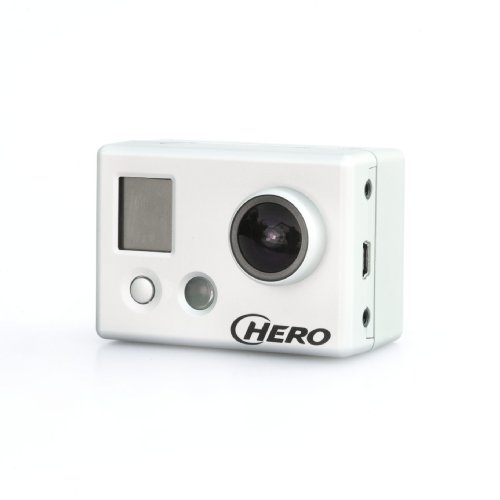 The GoPro HD Helmet Hero camera promises the you the world in its advertisements. Thankfully it manages to deliver on the majority of those promises, though there are some obvious weak points.

The [ReviewAZON_Tooltip asin=”integrated” titlewordcount=”3″]Helmet Hero[/ReviewAZON_Tooltip] is a HD capable video camera that will also shoot photographs either manually, or at preset intervals. It comes with a rechargeable battery that will last for up to three hours of filming, and spare batteries are available if you wish to film for longer.

Included with the camera is a wide range of accessories that enable you to affix the camera in a number of ways, to helmets mainly but a separately sold add on allows you to attach it to your dash board. With the in-car kit you can keep the battery charged as the camera is in use. The camera may seem large on the helmet but it is lightweight and almost unnoticeable when properly fixed.

Audio quality is good when the camera is not used in a case. Unfortunately when placed into the supplied case the quality drops drastically, making anything said hard to hear. This seems to be a trade off for keeping the camera safe, but it is unfortunate that there are no solutions to this problem.

One notable absence in the accessories kit is a viewing screen for the photographs. The only screen on the camera is a small LCD screen that allows you to see the settings that have been selected on the camera. Although a separate screen is available, it has to be purchased separately. This is already an expensive piece of kit, so needing to buy the screen too, as well as the other pieces that are needed to make the needed improvements 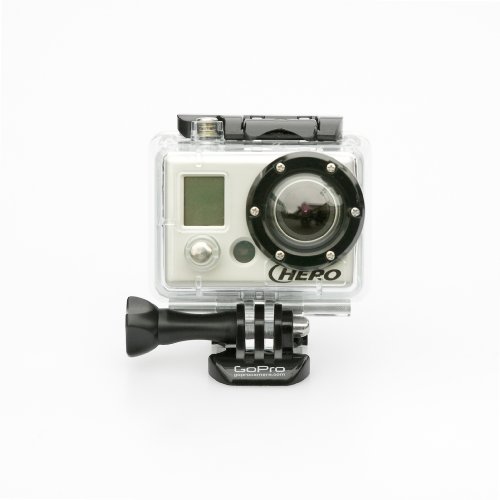 There is an obvious lack of labeling on the buttons on the outside of the camera, however this is somewhat understandable. A camera that is used in the extreme conditions that this camera is designed for is far more likely to pick up dirt and grime than other cameras would, and any kind of indentations for labels would fill with muck Equally, printed labels are likely to scratch or wear off easily, and end up looking awful.

This means unfortunately that you are left with no choice but to learn what all of the buttons do, and this may mean carrying the instruction booklet with you, or making a small cheat sheet to refer to. This seems to be the easiest thing to do until you become familiar with the camera.

The waterproof housing for the camera is also not ideal. Unfortunately the curvature of the cover in front of the lens means that the camera cannot focus well and produces terrible images. A separate case was needed in order to take full advantage of the camera’s quality, but in a higher quality case the under water shooting is good.

The [ReviewAZON_Tooltip asin=”integrated” titlewordcount=”3″]Helmet Hero[/ReviewAZON_Tooltip] isn’t perfect as it is sold. However, with a little extra money spent on this camera, it becomes an amazing piece of kit that is capable of keeping up with anything that even an extreme user can throw at it.