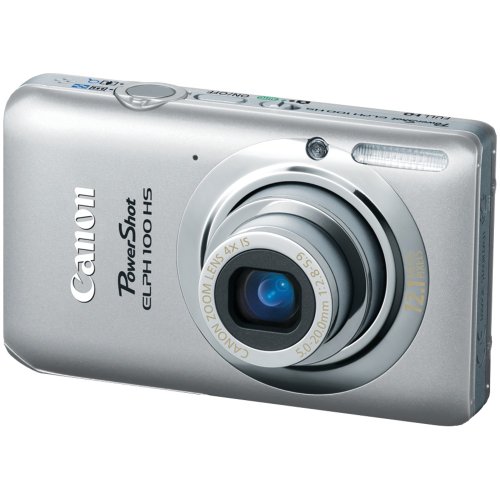 If looking to take some great pictures and looking to buy a digital camera that is easy to learn then you can’t go wrong with the Canon Powershot ELPH 100 digital camera .  It can produce good enough results to warrant printing them at a later date.

Many of the better point-and-shoot cameras are too big to be considered pocket sized. Instead they are bulky, and more similarly sized to a small bridge or DSLR camera. Even when the camera is placed in a slim case it remains pocket sized. A fairly standard Canon menu is used that differs little from model to model, meaning that if you’ve used another recent Canon model that you will find this camera quite easy to get used to.

Basically this is an automatic camera. There are different settings that select shutter speeds and an ISO that is best suited for the conditions that you want to shoot in, but you don’t get to choose all of the settings yourself. This increases the speed with which you can use the camera, making it perfect for pulling out and using when you don’t want to miss that perfect shot. 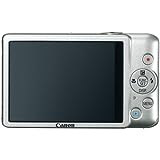 More fine control isn’t really possible with this camera, at least not easily. You will have a hard time finding and using manual controls, but then that isn’t the purpose of a point-and-shoot such as this. Instead, it is about convenience, and there is certainly plenty of that. The camera is ready to go quickly and can be used on auto well because it uses an automatic feature to decide what settings are best, based upon what conditions it senses.

The low light shooting is also good, far better in fact than many other point-and-shoot cameras. Even without using a flash there is no graininess to most shots like would be expected with high ISO photographs. Using the flash gave rather washed out photos, as though the flash was too bright, but this could be altered by setting EV to -2, and hence lowering the exposure.

The optical zoom could be a little more effective, as it only manages a 4x zoom. Still, any more would likely mean that the camera size needs to increase in order to accommodate the lens, and the small size is one of the best features of this camera.

Zoom works during video too which is a wonderful feature, as it lets you follow your subject as they move. Image stabilization works for both photos and videos and helps the zoom during movies be especially smooth, rather than juddery as you would expect.

There’s a three inch screen on the back of the camera that takes up most of the rear, and shows nice and clear images. Images and videos are stored on an SD card as with most cameras, which are now incredibly cheap to buy.

For a cheap point-and-shoot camera the Canon Powershot ELPH produces excellent results. Within the limitations of a camera with so tiny a lens the results cannot be beaten.