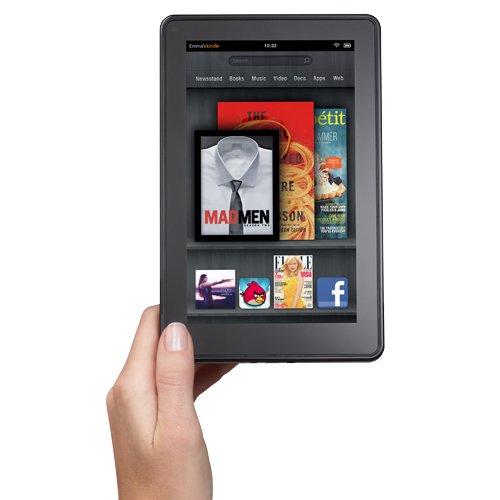 For months and months customers speculated on whether Amazon would enter the tablet market. They finally have with the announcement of the Amazon Kindle Fire, which is cheaper than many of us had imagined and comes packed full of features. The question is, does the Kindle Fire live up to the hype? Is it good enough to take some of the Nook Color’s market share?

Pros Of The Amazon Kindle Fire

Price: One of the main selling points of the Amazon Kindle Fire is that it’s a tablet computer at a fraction of the price. At only $199, it’s cheaper than just about any tablet you can buy, yet its functions don’t put it into the budget category. In other words, although you pay a rock bottom price, you get more than what you’d expect for that price.

Integrates With Amazon Services: Amazon has a number of online streaming services in the form of an Amazon Prime membership that costs just $79 per year. For that small fee, users will have access to thousands of movies and TV shows to stream directly to their device. An even bigger number (100,000) are available to buy or rent for an extra fee. Not to mention digital music.

Cloud Storage: You’d think that downloading all these movies, TV shows and MP3s would take a huge amount of storage space, but this isn’t an issue with the Amazon Kindle Fire. Amazon uses their cloud storage solution to host your digital media collection so that you simply don’t need a huge hard drive size on the device.

New Amazon Silk Browser: The new Amazon Silk Browser is not to be compared to anything you’ve seen before on the Kindle. After all, this is Amazon’s own tablet, and as such they’ve created a whole new browsing experience. This browser means you can surf the ‘net over a Wi-Fi connection, and view Flash sites and videos (something that the iPad won’t let you do).

That’s not the main news about Amazon Silk, however. The best thing about the browser is the fact that it utilizes Amazon’s Cloud services to help pages load faster than they possibly could have otherwise. What this means is that certain elements are stored by Amazon to help send them to your device as quickly as possible.

Whispersync: All Amazon’s Kindles make use of a service called Whispersync. This keeps your library in sync between various devices, and makes sure you always start reading where you left off, even if you switch from your Kindle to your PC in the meantime. The best thing about Whispersync on the Amazon Kindle Fire is that it doesn’t just work with books – it now works with video streaming. Start streaming a video on the Kindle Fire, and pick up where you left off on your PC or TV!

Dual Core Processor: Like all the best tablet computers out there at the moment, the Amazon Kindle Fire uses a dual core processor. This means that it’s fast to move from program to program and applications run well on the device.

Design: Amazon has kept things simple with the Kindle Fire. The design means it’s smaller than many full-blown tablets, in the spirit of the original Kindle. It’s lightweight so it’s easy to hold while reading books, and its simplicity will appeal to many users. True, it isn’t as light as a standalone eBook reader, though you can’t really expect it to be, and it is light in the world of tablet computers.

Apps: The main thing that differentiates the Amazon Kindle Fire from other eReaders is the fact that it’s based on Android and has access to a number of different apps through the Amazon App Store. Like the Nook Color, however, the app store isn’t the official Android version and carries far fewer options, though still enough to keep people entertained given the price of the device.

Cons Of The Amazon Kindle Fire

Only 8GB Memory: 8GB memory is not a lot for a tablet computer, though it does match up to the Barnes & Noble Nook Color. That said, the Amazon Kindle Fire isn’t an ordinary device: it’ll store your files on the cloud to help prevent the need for further storage. This is important considering there’s no memory card expansion slot included.

Battery Life: Just like the Nook Color, the Amazon Kindle Fire only has 8 hours battery life. Although not much for an eReader, this is standard in the world of tablet computers.

Is The Amazon Kindle Fire Worth Buying?

In terms of competition, the main rival to the Kindle Fire is the Barnes & Noble Nook. Both devices look great, are lightweight, and benefit from a range of downloadable apps. Where Kindle has the edge, however, is in its pricing and its comprehensive online store. This device really is an excellent solution for those who want a tablet computer without the huge price tag.